Looking for an ant exterminator located on the South Shore, but equally capable of serving the North Shore? Your internet searches include include; how to get rid of ants in the house, how to destroy an ant nest or even how to resist an invasion of ants at home? Hunting the ants of your home definitely can be a complex task. There are many types of ant-insecticides and even ant-ants that will only soothe your ant infestation, but will not kill them effectively.

Did you know that there are several types of ants? To name only these, there are carpenter ants, black ants or pharaoh ants. Different ants, different ways of life and different techniques to get rid of them. That is why it is advisable to appeal to the expertise of a reputable insect extermination company, such as PK Extermination. We are the exterminating ant experts on the South Shore, but we are also able to move as much to Longueuil as to Laval and even to Drummondville. Do not hesitate and trust us!

The so-called domestic ant, sand or pavement is widespread in Quebec. If your land is sandy or if you have a garage attached to your home, the risk of being infected with this type of ant is higher. Able to infiltrate virtually anywhere, they are attracted by sugar, fat, jars of honey or syrup, dog food or cat food, pantry, dishwasher and breakfast room. bath … These ants are brown but take care; they can also be of different colors, depending on the type of soil where they have created their nests. They are very well organized and it is not uncommon to see them queuing for food or water. Very effective treatments exist to stop this kind of problem indoors, but outside treatment will often be necessary to prevent the return of these. Our firm of exterminators of the South Shore will offer you the appropriate treatment for your problem.

The carpenter ant is found everywhere in Quebec but especially in wooded areas. This ant is characterized by its size and is often black in color. It can sometimes have shades of red or brown, but it is more rare. They do not eat the wood since they live inside, but they can cause a lot of damage by chipping wood to install their nest. We often find them in our kitchens because they eat the same thing as us. They are not aggressive in nature, but they can bite to defend themselves if they are handled incorrectly.

It’s easy to recognize the pharaoh ant thanks to its color; the coloring of this very small ant varies from pale yellow to reddish brown, with a darker abdomen than the rest of the body. The pharaoh ant lives in large colonies (some with more than 300 000 individuals), which can even house more than one queen. In Quebec, this species of ants settles only in heated buildings, without however building a real anthill. Pharaoh ants feed on sugary, fatty and protein-rich foods, as well as on animal feed, which they are particularly fond of. However, the pharaoh ant is also a hunter; she sometimes hunts smaller insects and eat their eggs. 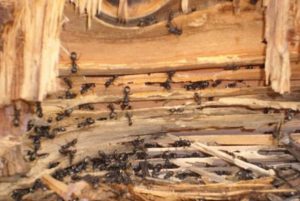 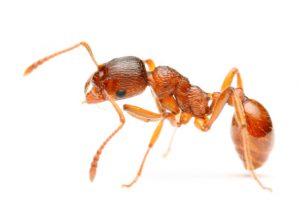 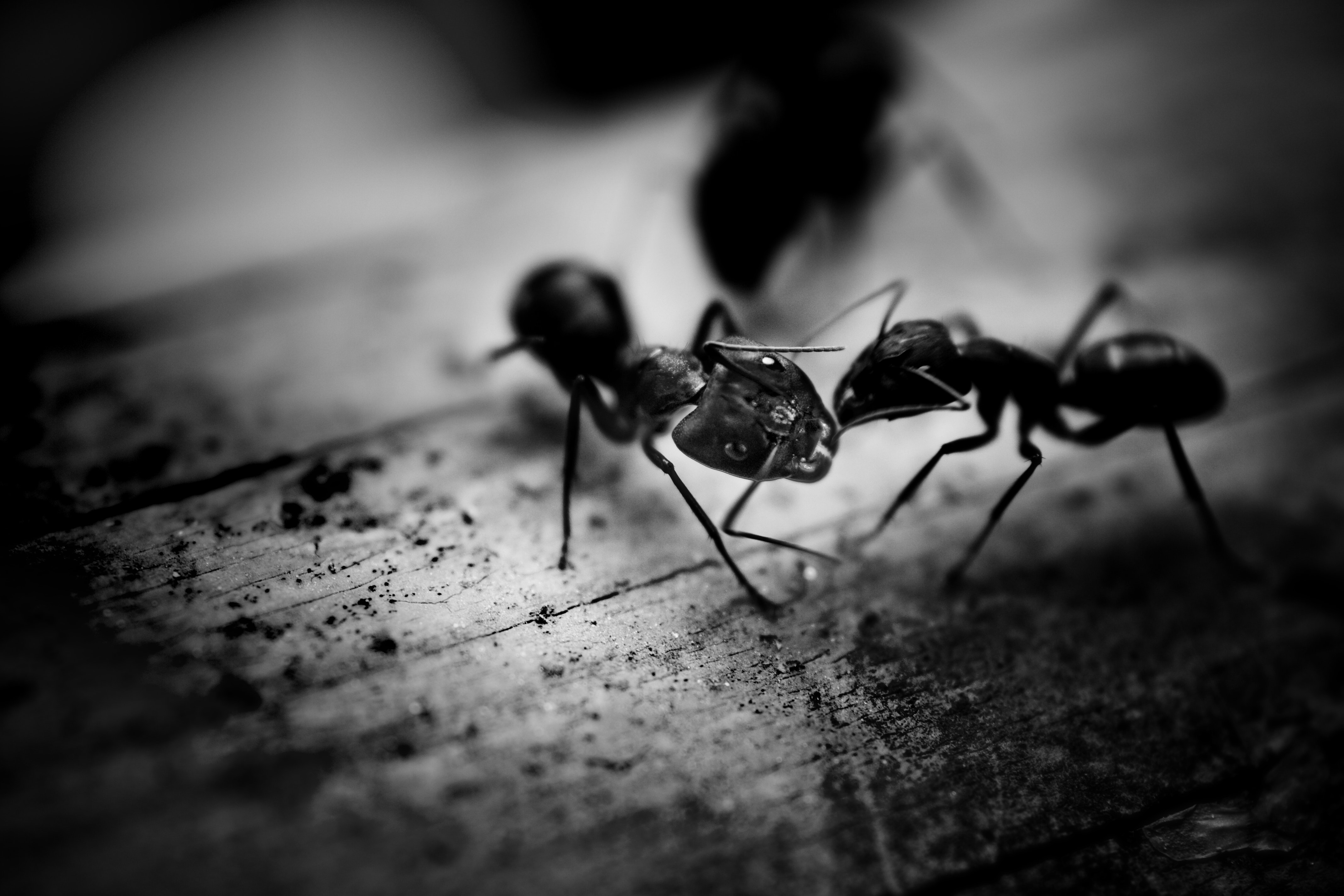